When Should You Give Up Dairy?

When Should You Give Up Dairy?

I was talking to one of the ladies in our 28 Day Challenge group about some dietary issues that she had and it reminded me to write about something that has been on my mind for a while but I’ve never gotten around to actually discussing it here.  She sent me a picture of how she looked about a year ago versus how she looked now and the difference was pretty surprising.  Her limbs were skinny but somehow in the year between the pictures her midsection had blown up and it appeared she had put on a lot of weight around her belly.

After talking to her about her diet she said she had been following LCHF for a while and was just getting into full keto but she always felt bloated.  She had broken her hip at one point and found exercise to be difficult but I didn’t think that explained why her gut was expanded like it was and after talking to her for a while it was clear to me that she had somehow developed some kind of lactose intolerance that was causing her to feel bloated every time she ate dairy and she was eating dairy multiple times a day.  Heavy cream in her coffee, lots of cheese, the occasional glass of milk, butter on her veggies, etc.

I suggested cutting out the dairy for 2 weeks to see how she felt and I know that this is a common enough problem that more people need to hear why they should also consider cutting dairy out of their diet.  Before we get into the details you need to know that I don’t believe everyone has to do this.  I LOVE dairy and the thought of going without butter, cheese or heavy cream makes me a little sad inside but there are a lot of people who have some level of dairy sensitivity or lactose intolerance that would benefit from cutting it out for a short time to see how they will react.

How to Tell If You Are Sensitive to Dairy

They first thing you should ask yourself is if eating dairy makes you feel or look worse.  Typically you will experience one or more of the following symptoms: bloating, a gurgly stomach, diarrhea, excess gas, or nausea.  You can also ask your doctor to run an allergy panel or there is an online service that will test you here.  (I have never used this company and am in no way affiliated with it.  I make no claims as to its accuracy)

If you are showing these symptoms, the next thing to do is to eliminate dairy from your diet for 2 weeks and see if the problem corrects itself.  You might be surprised to learn that you can develop a dairy sensitivity late in life.  Usually people will begin to show signs of lactose intolerance by their later teen years but there have been cases of people developing a sensitivity to dairy (and other allergens) at 40+ years old.

What To Do To Eliminate Dairy

Butter – To eliminate butter from your diet, begin to cook with coconut oil or drizzle olive oil and salt on your veggies.  Remember that it is generally considered more healthful to not heat olive oil up so cook with coconut oil and use olive oil on already cooked foods.  You might also consider using Ghee or clarified butter which has very little lactose in it.  Also, try to use a domestic olive oil instead of imported because imported olive oil is usually adulterated in some way and is rarely 100% olive oil regardless of what the label says.  (If you want to find out more about this, read Extra Virginity.  It will rock your world.)

Cheese – There are plenty of vegan cheese options like Daiya and most supermarkets will carry at least a few dairy free cheese options.  Most stores will carry them in the produce aisle as opposed to the cheese section so you may need to hunt a bit for them.

Milk – Again, there are many options here that are available in any supermarket like coconut milk or almond milk.  I would stay away from the soy and rice milk as soy contains a lot of estrogen and rice milk is a bit carby.  Just make sure it is unsweetened so you avoid any extra sugar in your diet.

Ice Cream – Usually non dairy ice cream will be coconut based like Coconut Bliss but it is almost impossible to find something that is both dairy and sugar free.  At some point it stops being ice cream and starts being something else.  I have yet to find a variety I’m happy with so you may just need to kiss ice cream goodbye until you track down exactly what you are sensitive to.

And Now For Some Good News

The bad news is that if you find that eliminating dairy for a few weeks makes you feel better then you should probably keep the dairy out of your diet for a long while.  The good news is there have been some people that after taking this and other common allergens out of their diet, (like wheat and sugar) they find that their body can be healed of its dairy sensitivity and they can add dairy back into their diet in small amounts.  There is no way to know exactly how your body will react but if the bloating and other symptoms of dairy sensitivity have been plaguing you for a while, you might not ever want dairy back into your diet! 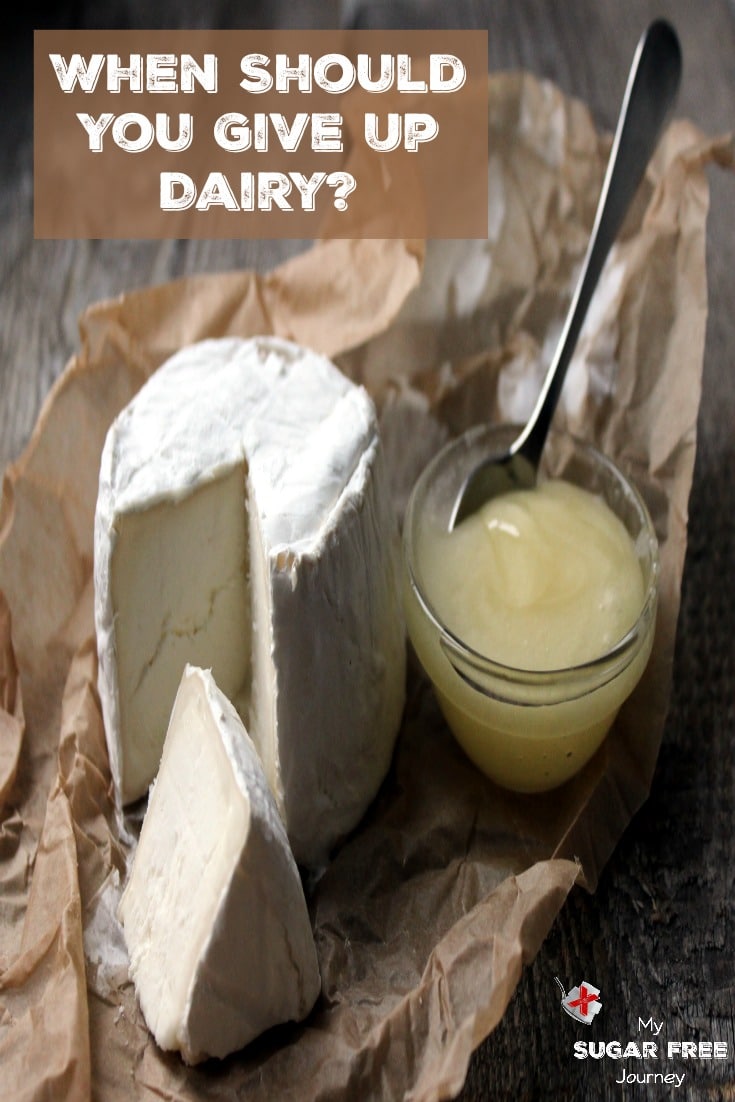