Can Exercise Save You From a High Carb Diet?

There is a thought out there that says you can eat what ever you want as long as you do enough exercise to burn it off.  This idea is most prevalent among people who do “extreme” amounts of exercise, the carb up because that’s what they’ve been taught to do and then go exercise all that glucose off.

What I want to do here is not make a scientific argument against that with lots of papers but rather I just want to tell the story of people who should have been immune to poor health due to the amount of exercise they do.  If exercise leads to optimal health than we shouldn’t see athletes with lifestyle diseases but if I’m right and carbs cause disease regardless of how much exercise you do, we should see athletes with higher rates of cancer, Cardiovascular Disease, Diabetes and all the other diseases non-athletes get when they consume large amounts of carbs.

Mark Weir is a competitive Cycler who once climbed over a million vertical feet in one year.  That is an insane number.  After experiencing chest pains he discovered he had a 99% blockage in his Left Anterior Descending artery, the so called “Widowmaker” artery complete blockage of which causes the deadliest type of heart attack.  It should be noted here that all his cholesterol and Trig numbers were well within the normal ranges, so how did he develop heart disease?

Unfortunately he blames it in one article on feeling like he could burn off anything he ate so he probably ate too much meat and cheese.  Combined with a genetic family history of heart disease, all that meat and cheese just clogged up his artery and all his exercise couldn’t save him.  If anything his cholesterol numbers should be telling him that the link between blood lipids and heart disease is tenuous at best.  CVD is an inflammatory disease and nothing inflames you more than a diet high in sugar, grains, and polyunsaturated fats.

I couldn’t find mention of what he eats on race day other than at one point he was sponsored by EAS Sports Nutrition but I’m reasonably sure he uses goos and gels like many other extreme athletes on race day and he does say he drank a lot of beer at one point.  The scariest part of the article for me is where he mentions he is going to eat more vegetables and “good fats” going forward.  I’m not sure what he thinks good fats are but if it’s a lot of PUFAs with a few avocados thrown in, he is headed in the wrong direction.  Hopefully he realizes it is the sugar and grains that cause the inflammation that led to his heart attack.

Vinnie was an extreme cyclist who developed Leukemia.  (You can listen to me talk to him about it way back on the first episode of the podcast.)  We have know from Otto Warburg’s research that cancer uses sugar to grow and spread through out the body so a diet high in the sugary goos and gels extreme athletes usually eat would mean a cancer would spread quickly.  Vinnie credits going completely off carbs for him being relapse free for 11 years now when the average remission time is 5 years.

Professor Tim Noakes has ran over 70 marathons and ultra-marathons and literally wrote the definitive book on running, The Lore of Running.  When that book was first published he advocated for a high carb diet to fuel the runner but as since famously said that you could tear everything he said about diet out of that book because he was wrong.  Prof Noakes developed Type 2 Diabetes and reversed it with a LCHF diet.

Bob Harper was one of the trainers made famous on the hit show The Biggest Loser.  He had a heart attack and instead of taking a hard look at the emerging science behind carbs causing heart disease, he blames it on his bad genetics.  Remember, for most genetic diseases all genes do is load the gun for the disease.  Some kind of environmental or lifestyle factor is required to pull the trigger.  Just because you have a genetic marker for a particular disease does not mean you are destined to get that disease.

And to make matters worse, he has doubled down on his higher carb diet by producing his Super Carb Diet Book.  And while I am certainly a fan of any diet that has more whole foods in it, if those whole foods are grains, you aren’t doing yourself any favors.  Hopefully Bob figures out what his diet is doing to him before it is too late.

Conrad Anker is a famous mountain climber who had a heart attack at 20,000 feet on Everest in Nepal.  He had the same LAD blockage that Mark Weir had.  His food on a typical climb is “simpler things such as oatmeal with soy-based protein powder and dehydrated blueberries for breakfast, two energy bars during the day, and couscous at night with olive oil and pork fat. We have the same food day in day out.”  So grains and soy for breakfast, grains for lunch and grains for dinner.  The crazy thing is when they asked him why he had the heart attack he said “I never eat the fat off pork chops, but on this trip we were chewing on it.”  So he blames the fat for the heart attack. He even says he looks at red meat differently now.  Yikes!  It wasn’t the meat that gave you the heart attack Conrad!

As I come across new stories I’m just going to append them to the end of this article because I would like them to be all in one place.  Here’s the lesson, even the best athletes in the world can’t escape the damage a high sugar and grains diet does to you.  In other words, you can’t out run a bad diet.  The truly terrifying thing is how few people really know what a bad diet is! 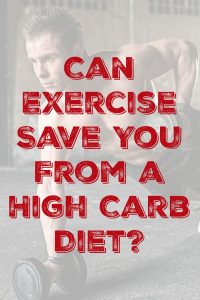