Why I Started Intermittent Fasting 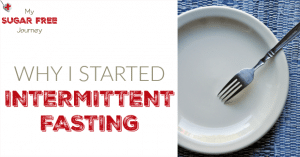 I first heard about Intermittent Fasting in a podcast a few years ago and I remember thinking how crazy it to starve yourself to try to improve your health.  After all, doesn’t your body need food to do all the things it needs to do to keep you healthy?  Also, it seemed a bit counter-intuitive.  One of the advantages of a Ketogenic diet was supposedly that you could eat pretty much whatever and whenever you wanted as long as it didn’t cause an insulin reaction and you would lose weight so why go hungry?

Eventually 2 things happened at roughly the same time that caused me to re-evaluate IF and consider some experimentation with it.

I had heard that one of the advantages of a ketogenic diet was that you didn’t get hungry as often but I think I always kind of thought that it wouldn’t happen to me.  I have always been the guy that could always eat and always struggled with hunger no matter what I did but sure enough, after about 6 months of keto I realized that skipping a meal every once in a while didn’t really phase me.  Part of this was because keto was doing its job and enabling me to run off of my stored fat but I think another part was the fact that I wasn’t as psychologically addicted to food as I was before.  When I was well-nourished and no longer had the sugar cravings and crashes, I no longer felt the impulse to eat every few hours.

#2 I Continued to Learn More About It

As I continued to learn everything I could about the Ketogenic diet, Intermittent Fasting continued to come up.  I talked to a doctor on my own podcast about it and then read Dr Fung’s book where he dedicated an entire chapter to IF and why he prescribes it for his obese patients.  The benefits were numerous and since I wasn’t as hungry as often, I decided to try it out.

What I Decided On

I wanted to limit my food to a 6-8 hour window each day so the easiest way to do that was to skip breakfast and push lunch back to about 2 PM.  Since I ate dinner around 7 and was usually done by 8, that gave me a 6 hour feeding window each day.  I though I was being a bit ambitious but I was really surprised at how easy it was to not eat 18 hours a day.

After being stuck in a lengthy plateau, it was IF that finally got me back on track.  In fact I’ve lost about 8 lbs just in the last month which is fairly rapid for how much I’ve already lost.

I think this is where having a hard cutoff time for eating has helped me psychologically.  Now if those night-time cravings strike, I just have to remind myself that I have committed to not eating after 8 PM and drink some water and they go away.  It’s harder for me to rationalize cheating because of the structure and boundaries that IF gives me.

I also committed to a 3 time a week weight lifting regimen that wasn’t really going anywhere before I started IF.  Now I can workout in a fasted state if I want to and not only am I burning more fat but the muscle seems to show up faster on my body, especially in my arms and chest.  I am by no means an Adonis but I’m so not where I was either.

So after doing all this, I think I’m going to continue on this track.  I like the benefits I’m seeing and so far there hasn’t been any downside.  I feel healthy and strong and don’t every feel hungry.  I don’t miss eating breakfast so there is no real reason to add it back in to my routine. 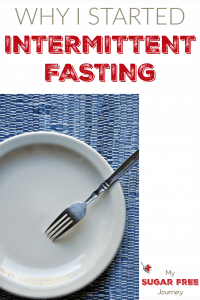 2 thoughts on “Why I Started Intermittent Fasting”