I Work Out, Should I Be Worried About the Ketogenic Diet?

This is another in our ongoing series of Ketogenic FAQ’s.

A common misconception about the Ketogenic diet is that it does not work well for athletes because they need the ready access to a quickly burning fuel like sugar to be able to perform at high levels.  We now know that is not the whole story.

The reason this rumor got started is because when the earliest studies were done on exercise physiology, they showed a correlation between burning carbohydrates for fuel and athletic performance.  This is why for decades athletes were counseled to “Carbo-load” before big events and every one was wolfing down pasta dishes the night before a race.

This changed when Drs Phinney and Volek released the results from their FASTER study that showed the effect of being in a fat burning state could have on exercise metabolism.  The big discovery was that it took several weeks up to 3 months to become fully fat adapted where you can access the benefits of ketone production.  In fact this was something that Phinney and Volek found out by accident because their original study was not going to continue long enough for their athletes to become fat adapted until they decided to extend the adaptation phase for another 2 weeks.  That was when they discovered the difference that happens when the body is able to access its own fat stores for fuel.

If you are involved in an endurance sport then the Ketogenic diet is really a no-brainer.  Once you have access to your own stores of fat for fuel means that you can go a lot longer without refueling.  While other athletes are having to suck down sugary goo’s every 20 minutes to top off their energy, the fat adapted athlete can run on nothing or very little besides water and possibly salt.

A fat adapted athlete will also generally lose weight when they transition over improving their power to weight ratio.  If you would like to hear one man’s story about the change that can happen with dietary change, I would recommend my interview with Prof Tim Noakes.  Prof Noakes has run many marathons in his life and despite being incredibly fit, developed Type 2 Diabetes.  When he switched to a low carb diet he reversed his T2D and was able to improve his race times.

The story for athletes that require explosive power isn’t quite as cut and dry with the science that is currently available.  For most of us, a ketogenic diet works just fine but for the very top performers that need that quick boost of energy to squat 1000 lbs, they may benefit from a little bit of sugar just before the big event.  I know some who remain in a ketogenic state and then chew up a life savers before sprinting up a steep hill or a big bench press.  However, for most of us a fat burning state provides more than adequate energy for whatever we are doing. 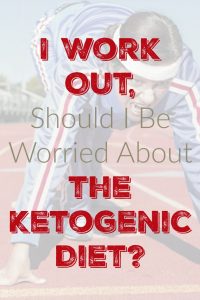